We're living in the age of the smart phone, but how smart is your website? 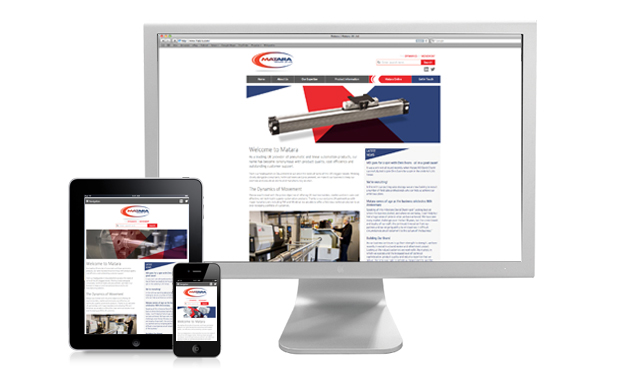 Responsive web design (RWD) is an alternative to having separate mobile versions of your site to ensure that your website looks as spectacular on phones and tablets as it does on a desktop. The idea behind responsive design is that the site is set up in a way which enables it to automatically react and respond to whatever size, resolution or orientation screen it's being viewed on. From the retro iPhone 3G with its 320x480 pixel display, to the enormous Samsung Galaxy Note Pro 12 sporting it's 2560x1600 pixel screen, there is a vast range of devices out there which are capable of viewing webpages. This can cause a real headache for web developers who want their websites to fit perfectly on everything. Luckily, RWD has saved the day.

Without getting too in depth and techy about it, the way in which RWD works is by manipulating the size and layout of the web elements on the page, such as navigation, images and text, so that it fits its surroundings. But don't just take my word for it, try it out. Our E & T site itself is responsive, so try shrinking your browser window down to a smaller size and see how it changes. Alternatively, take a look at our website on your smartphone or tablet, if you aren't already.

RWD doesn’t just apply to websites either. More and more companies are now utilising HTML emails to send information, newsletters etc. to clients or potential business. Again, consider how often you view your emails on your phone rather than on a large screen device. You can make an email campaign look as stunning as you like, but will it look right on any device your recipients may have?

The concept of RWD is still in its infancy, but remains a solid step forward for web design. However, with innovations such as Google Glass and wearable devices ready to soon become more available, designers are now having to strive to future-proof their sites.

Here at Earl & Thompson we have created many responsive sites for clients, examples of which can be found in our portfolio.