‘The face says it all’ for an engaging internal audience campaign

Howard Tenens are a company who really understand the value of their employees and they work hard to ensure that their teams are ‘heard.’ With many depots and warehouses located across the country, Head Office wanted to collect everyone’s thoughts and ideas via an employee survey – and use this as a means of measuring employee satisfaction.

A key challenge was to ensure that the campaign was seen as an inclusive, company-wide initiative that set out to listen and improve, rather than being an ivory tower top down assessment.

It was decided that the campaign would be delivered using the following methods – A3 posters, flyers in wage slips and intranet updates, all of which focused on the completion of an anonymous employee survey. But what theme would the campaign take?

Our first step was to present a number of concepts to the client, including visual scamps. The chosen ‘Smiles Better’ idea was then developed and refined, ensuring it was in line with corporate guidelines. Strong smiley imagery was incorporated to all the campaign communications, making it easily recognisable. The key message of ‘Smiles Better’ illustrated the dedication to retain great staff, get ahead of the competition and inject more fun into the company’s personality.

Depot champions, identified by campaign t-shirts, were assigned and posters were put up at all locations, as well as distributing a wage slip flyer. A month later the surveys were circulated and the champions worked hard to encourage participation in the campaign. A follow-up flyer kept employees updated, reassuring them that their feedback would be analysed and acted upon.

Two thirds of employees responded to the first survey, a great starting point from which to build upon. Feedback illustrated that the team welcomed the movement to a more open and inclusive approach, recognising that their collaboration could indeed shape the future of the company. The survey will now take place bi-annually. 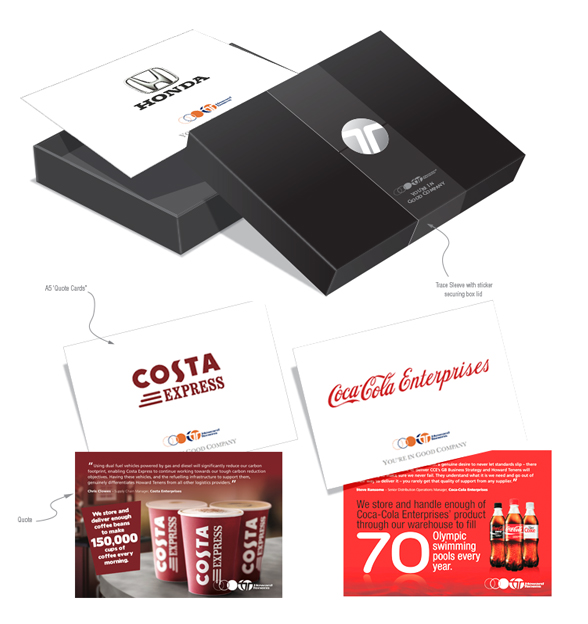